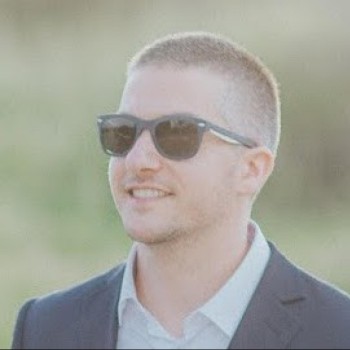 How does Node.js manage timers internally

Timers are an essential part in the Javascript developer tool set. The timers API has been with us a long time, dating back to the days when Javascript was limited to the browser. This API provides us with the setTimeout, clearTimeout, setInterval and clearInterval methods which allows us to schedule code for later execution, either once or repeatedly. 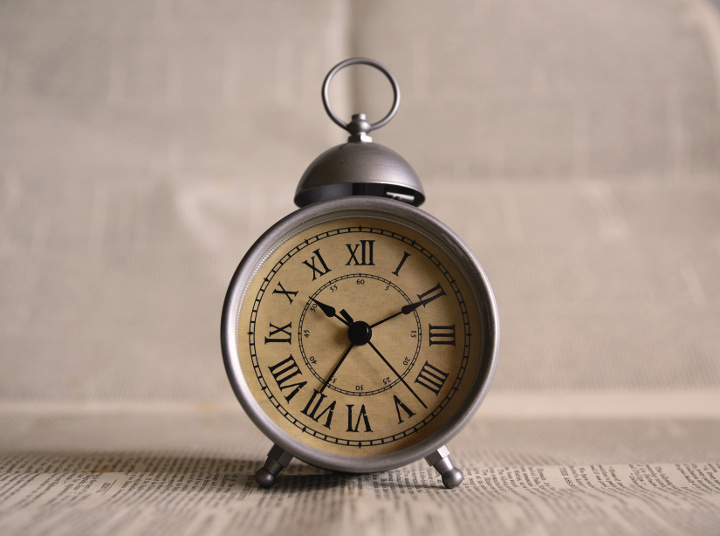 Thanks to Node.js timer module, these methods (along with a few others, such as setImmediate and clearImmediate) are also available natively in node code. On top of user code and 3rd-party libraries using timers, timers are also used internally by the Node.js platform itself. For example, a dedicated timer is used with each TCP connection to detect a possible connection timeout. It’s very possible that Node.js will have to manage a large number of timers, so it’s important that the implementation will be highly efficient. In this post I will look at the way Node.js manages these timers under the hood.

The relevant code is quite short, and contain all the methods you’d expect to find in a linked list implementation, such as create, append, remove, peek, shift, isEmpty.

One thing to note is that this is not a “Class”, and there is no constructor. Instead, these methods are in fact utility functions that operate on an existing object. Two fields are used to manage the links between the nodes: _idleNext and _idlePrev. Perhaps unintuitively, _idleNext points to the older item, while _idlePrev points to the newer item.

Let’s look at the init function:

Let’s continue and look at the append and remove functions. Notice that append first calls remove to ensure the list is unique.

Notice that at no point we actually traverse the list. Thus, append and remove are very efficient, operations.

To make this a bit more concrete, lets initialize a new list and append two items. We’ll show the objects graph after initialization and after each append.

Here’s a diagram of the list right after initialization:

Here’s how it looks after a first append: 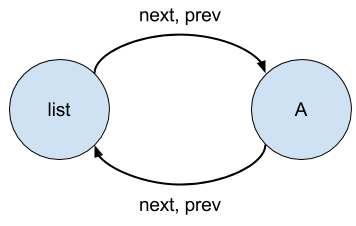 Here’s how it looks after a second append: 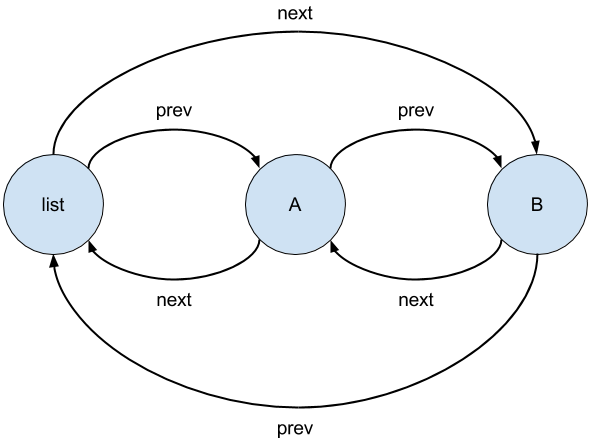 From this point, I think it’s quite clear how later appends will look. It is now time to look at timers in more detail.

Each Timer instance is initialized with msec argument which determines the delay (in millisecond) until timeout. It’s quite intuitive that if we initialized two timers with the same msec argument, then the second timer will timeout either with or after the first. Node.js uses this and organizes the Timers by indexing them according to their msec: all Timers with the same msec value will form a linked list, ordered by creation time (there are actually two indexes, one for refed timers and one for unrefed timers, but we’ll ignore this fact for now. See here to read about the difference).

Each Timers list is backed up by a TimerWrap, which is a wrapper over a uv_timer_t, a native libuv timer type. Since we know the timers in each list are ordered by non-decreasing timeout, a single TimerWrap is enough, as we can reuse it between timeouts.

In pseudo code, the (a bit simplified) strategy on timeout is as follows:

Once the last timer in a list timeouts, we can remove the list’s msec key and free the backing native timer. Same as the append and remove operations on linked lists, the timeout operation runs in constant time, regardless the number of scheduled timers.

It follows that less than constant-time operations are limited to 2 places:

However, according to the source code, these operations combined have shown to be trivial in comparison to other alternative timers architectures.